Ferndale Veterinary Hospital is affiliated with Northwest Veterinary Clinic in Blaine, WA.  We hope you enjoy our bio's below!  There's so much that could be said here, but words are not really worth a whole lot.  Come and visit--you will experience a team approach to medicine where your concern is heard and addressed, and your pet is well-cared for.  We appreciate that you took the time to check us out!

His first name is Kim, so it’s kind of like the Johnny Cash song, Boy named Sue—he grew up fast and tough.  Originally from the frozen tundra of Saskatchewan, Canada, he loves the Pacific Northwest climate.  In vet school he spent his classroom time on a Caribbean island (no, seriously!  ask him about it), and then his clinical year at WSU.  Dr. Johner enjoys darts, wood working, writing, and not horseback riding.  He loses his composure when he smells Woods coffee, and is often found slinking around the fireplace there. 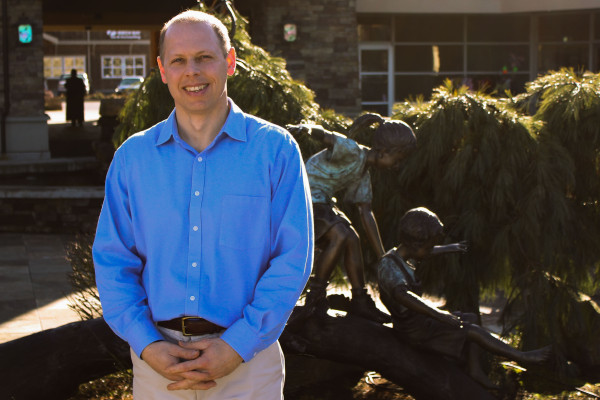 If you come in on throwback Thursdays, you might be greeted with some singing, that's all we can say about that.  Melissa is indeed the face of Ferndale Veterinary Hospital, and maybe the heart too! Melissa has worked with animals for over 7 years, including 5 years of grooming.  She threatens to take care of Doc when he refuses to go in for his haircut in a timely fashion. She is also queen of the Ferndale Chair Dancing Club.  Busta moooove, girl! Recently voted Most Likely to Spill Her Guts.  But not gossiping.  Really spilling them.  Here comes lunch.  Woah, was that a pickle in the vomitus?  Gross.  Good thing she looks good in green, cause she's going to be jaundiced for months.

Just love the juxtaposition of patience and determination here. To you the client and patient, she’s all ribbons and curls. But just try to get away with not making a phone call or finishing a chart, and a whole different side comes out. Hopefully the general public never has to see it, but it gives me nightmares. Beth has a fantastic balance of being on everybody’s team—the client, the patient, and the staff. Efficient, friendly, with just enough sass to keep certain DVM’s towing the line. 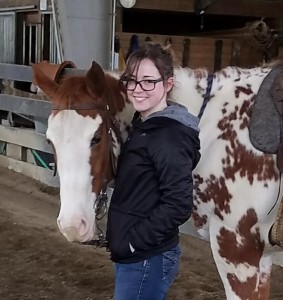 Missy is the calm before the storm, though with her at the helm there is never any storm! Just the calm. A typical interaction feels like you just got a temple massage, free motherly advice, a cookie from grandma, and made it through Seattle with no traffic. Awesome!

Codename Boss. You want a take-charge, confident person, here she is. Easy to work with, as long as you can keep up. So lucky to have her years of experience working for us, as well as her energy and gitter’done attitude. Considering making her president soon, we’ll keep you posted. Until then, glad to have her skills and mojo to keep things rolling even on the busiest of days.